"Creating a kingdom is not a task for mere mortals."
—Mallhalla purchase description

Volkov is the 48th and a dexterous legend of the game. He was added on December 12, 2019. His weapons are Axe and Scythe.

"This is it. The final boss. Every Hunter in Europe is assembled. Every fiber of our strength is here for the assault on Castle Volkov. I can feel his terrible gaze upon us."
—Anton, Commander of the Order of the Exalted Lion

The Royal Castle of Batavia was constructed over a large hole in the ground that was a gateway to hell. In retrospect everyone agrees this was an unforced error.

The hole itself was no secret. At dusk, great clouds of infernal bats vomited forth from the gateway. At dawn, voices could be heard discussing infernal lunch plans. Haunted suits of armor walked the castle halls and zombies shuffled through the gardens. Dashing Prince Volkov earned the love of his people as the fiery defender of Batavia. But as king, living over a hellmaw proved too much. Before long, the Batavian court was placing bets on whether their sovereign would wind up a lich, a werewolf, or some kind of hungry wraith. Volkov ignored their gossip, as he was too busy getting to know an enchanting fanged lady who visited his bedroom every night. That she appeared outside the window, fifty feet above the ground did not bother Volkov. Soon all bets were settled.

Volkov was fiendishly practical about his new unlife as a vampire. He removed his heart to prevent staking. Batavia’s many foes did not know what had happened to make Volkov an even more ferocious warrior, but after Volkov put enough heads on pikes, they decided to go marauding elsewhere. Well, the Batavians thought, there’s always a silver lining.

Valhalla is not at all where Volkov expected to wind up, given his resume. Here, few speak his name, calling him Das Vampyr, Wapierz, Upyri, or Gramps (Caspian only).

"Idiots! I want the ghost wolf-bats on the parapets and the bat ghost-wolves guarding the drawbridge! Of course they are different! I don’t care where the wolf bat-ghosts go. They’re useless."
—Volkov, organizing the defenses of his castle.

Volkov is a brooding vampire with pale white skin and grey long hair. His most notable features are his dark blood-red eyes and red fingernails. His clothing resembles that of an old Victorian Vampire, however, the chest part is more open. He also sports a stylish red sash at his waist.

Undoubtedly Volkov's greatest strength lies in his unique Signature set. With arguably only one exception (axe nsig), all of his signature attacks have either long range, large area-of-effect, long-lasting hitboxes, or some combination thereof. Scythe NSig in particular is deadly - despite having a similar range and hit area to Sir Roland's lance nsig, it lingers much longer, and also is easily strung into from many scythe light attacks. Unlike Legends who can focus primarily on light attacks, any strategy with Volkov that ignores his signatures is cutting their own potential effectiveness drastically.

140
Is it just me or are things getting a little batty around here? 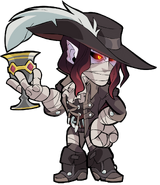 140
Who hunts the huntsman?
Nobody. 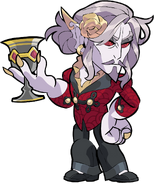 140
He’d love to have you for dinner...
Valhallentine's Day Event Exclusive

140
Where’s my guitar pick?
Back to School Event Exclusive 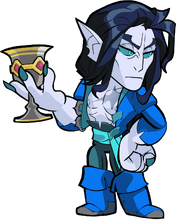 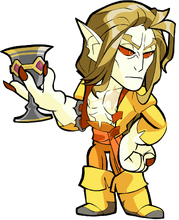 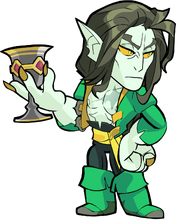 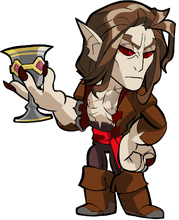 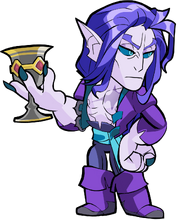 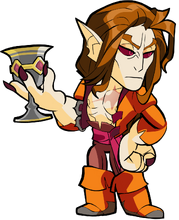 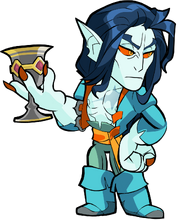 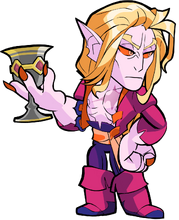 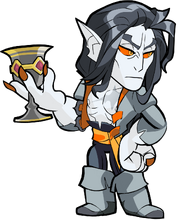 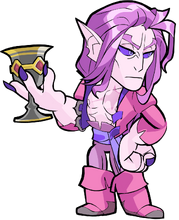 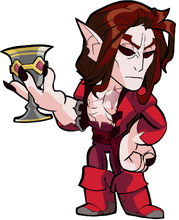 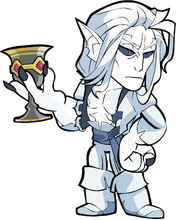 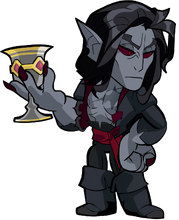 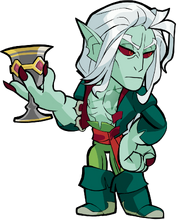 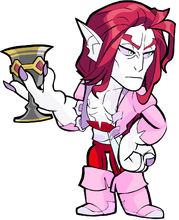 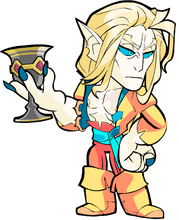 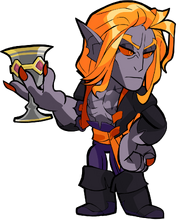 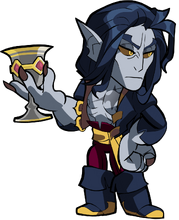 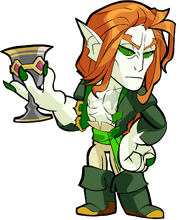 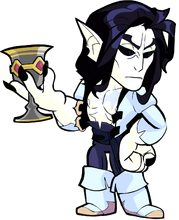 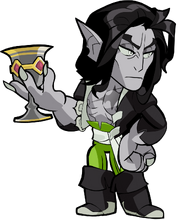 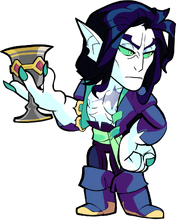 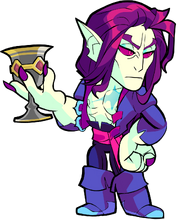 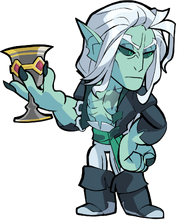 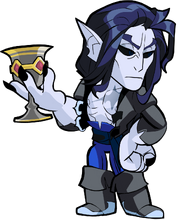 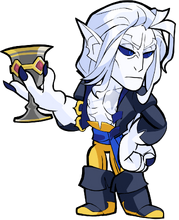 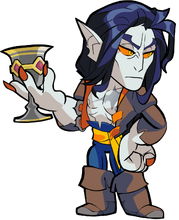 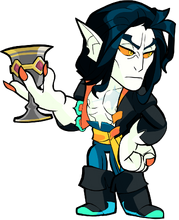