"Assistant platform mover and undefeated prizefighter against the familiars and war machines of Asgard, moving up to the majors." - Mallhalla purchase description

Kor is a high defense, stone golem legend who uses the Gauntlets and Hammer as his weapons. He can be unlocked for 3900 gold.

Long ago, Elven sorcerers built a mighty army of golems. The Elven King marched the golem army against Asgard. Bödvar still cries when he remembers that he was not at the battle that ensued. The Elves were defeated and the Asgardians took the golems as spoils of war. They put the golems to work performing the menial labor of Asgard. But unknown to the Asgardians, the golems were sentient creatures and never forgot that they were made for battle.

Ten thousand years later, Sentinel, investigating the hidden places of the city, discovered secret golem fight clubs. In these areas, the golems shed their quiet, biddable exterior and rekindled the terrifying ferocity of their warrior days.

And everywhere Sentinel heard whispers of the mighty Kor. Kor the Unvanquished, Kor the Destroyer, Kor the Magnificent. Kor, who all those years ago had led the golem charge right to the steps of Odin's palace and matched fists with Thor himself, was now the greatest golem fighter of them all.

Sentinel, political genius that he is, did not reveal himself, but simply left for Kor a hammer engraved with the Asgardian symbol for justice. Soon after, Kor the Golem entered the Grand Tournament wielding his mighty fists and the hammer. His victories inspire the movement for golem justice, though Kor also continues to enjoy his job as assistant platform mover in Blackguard Keep.

"I enjoy my job as left platform mover in Blackguard Keep. That platform is heavy, but I enjoy the challenge. I try to move it smoothly, so no one wonders why those rocks float." -Kor

As a fully rock-based lifeform, Kor has no clothing or armor. Instead, the brown-beige columns and bricks that construct his body are covered by living, bright-green moss, which also creates a semblance of hair on his head. His cylindrical head is flanked by two thin horn-like rocks and sports a large alcove in its center glowing with orange energy, which acts as Kor's eye. His torso is a stack of three cylindrical brick plinths, which increase in size from bottom to top. Most unique in Kor's appearance are his arms and legs, which are not connected to his torso but rather float independently, Rayman-style, through an unexplained and mystical force. The lack of any physical connection between torso and arm is effectively used in the eternal tournament, allowing Kor to extend his reach and grab opponents from a distance, to then throw them even further. Having a natural affinity with the world around him, he moves the very ground beneath his feet, using his naturally heavy-weight and immense strength to fight in the eternal tournament. 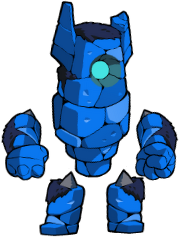 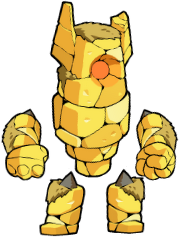 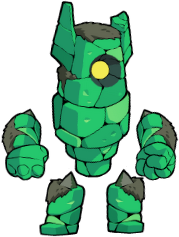 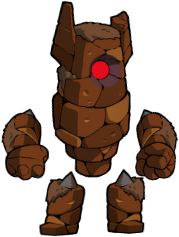 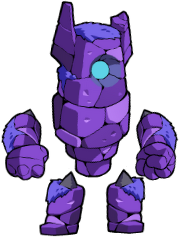 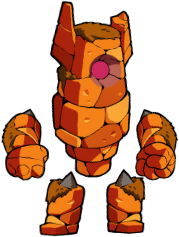 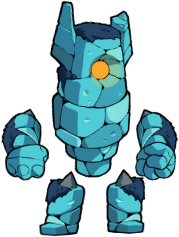 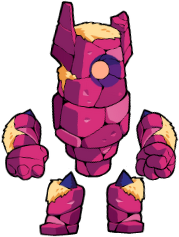 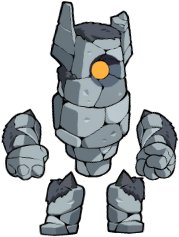 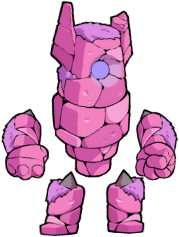 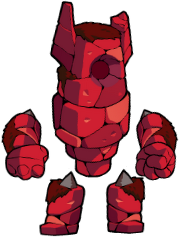 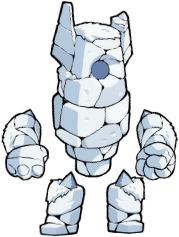 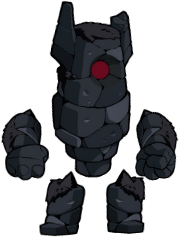 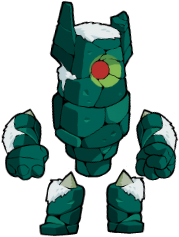 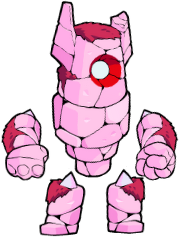 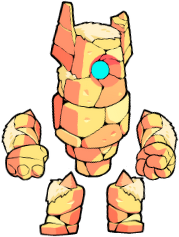 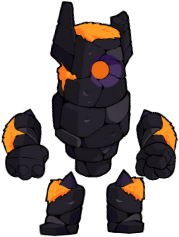 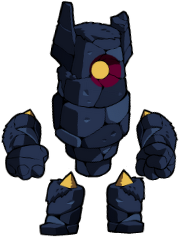 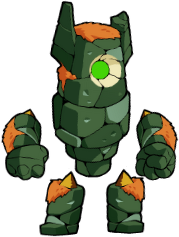 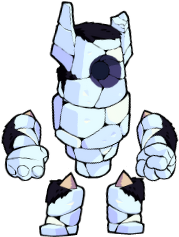 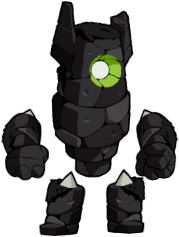 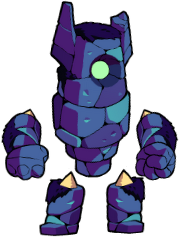 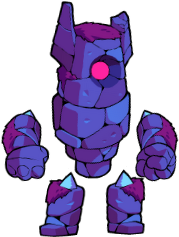 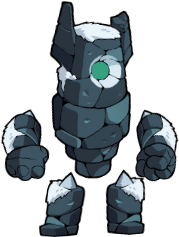 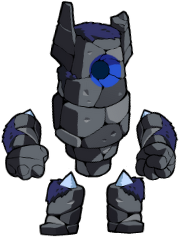 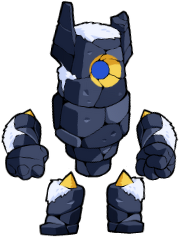 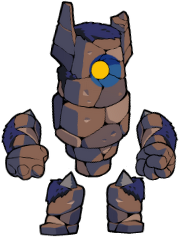 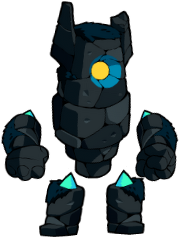